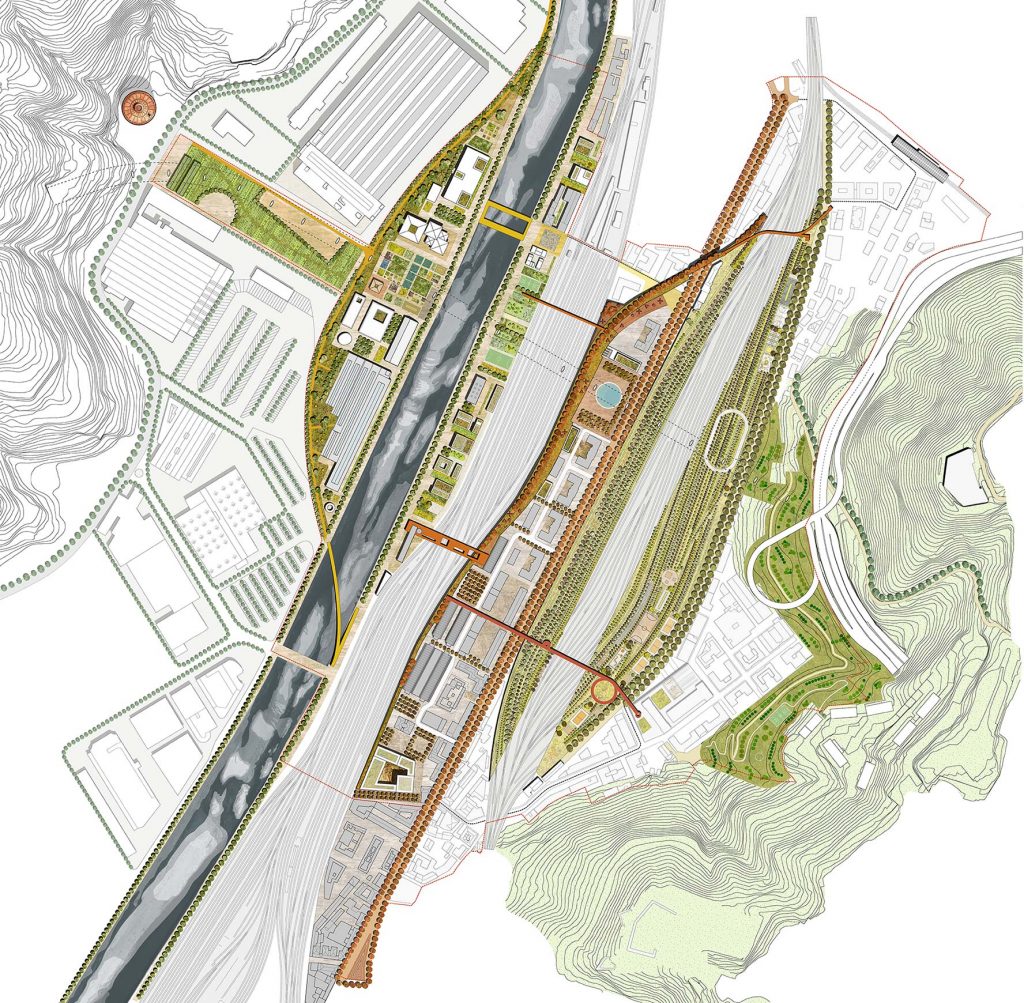 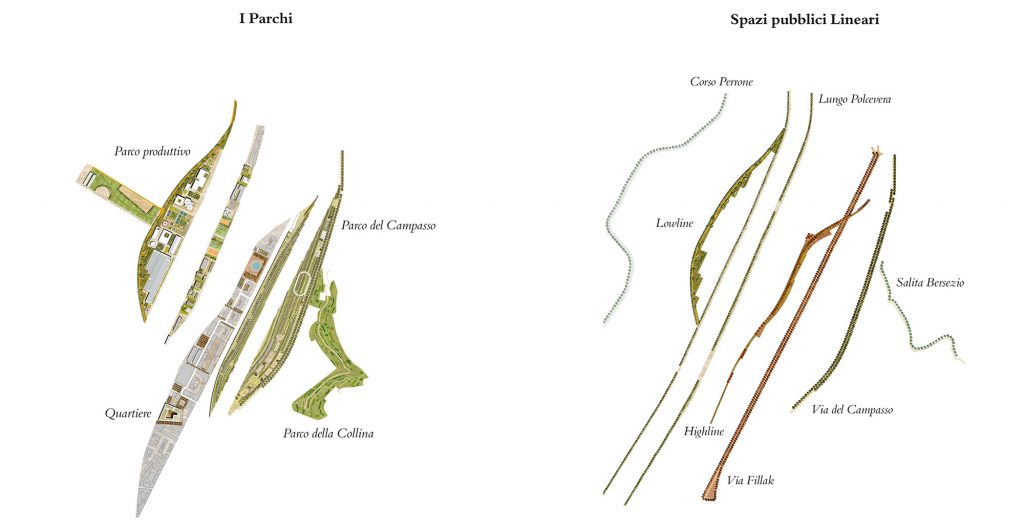 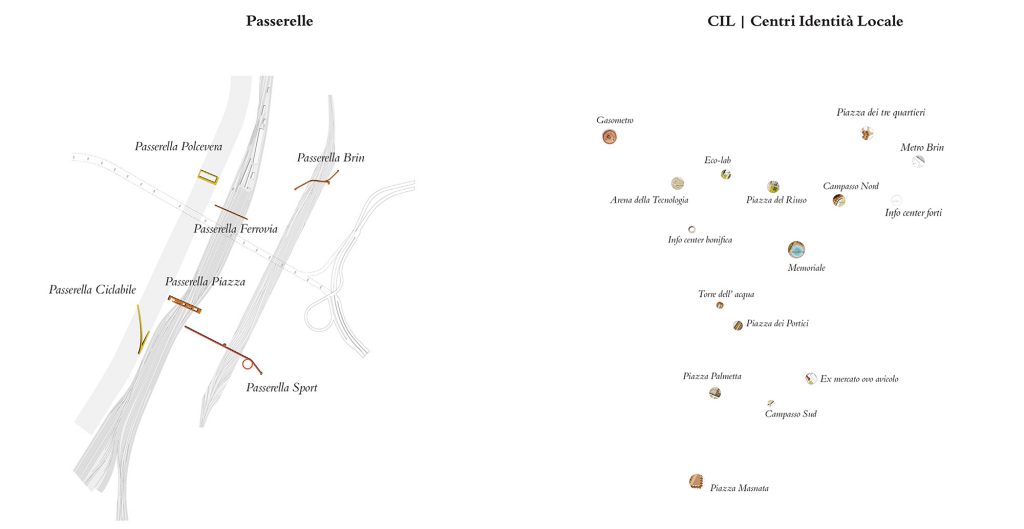 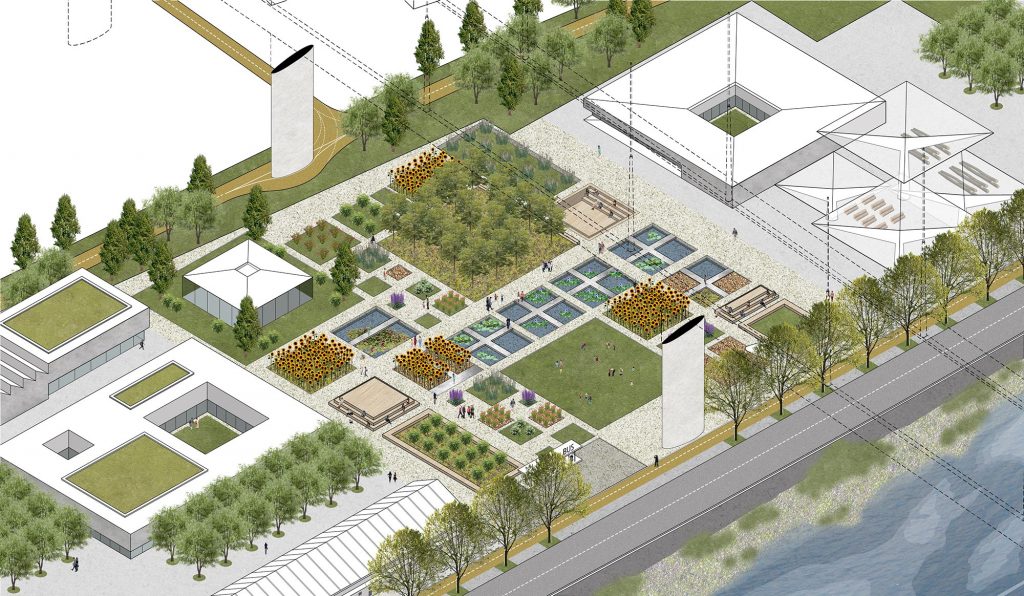 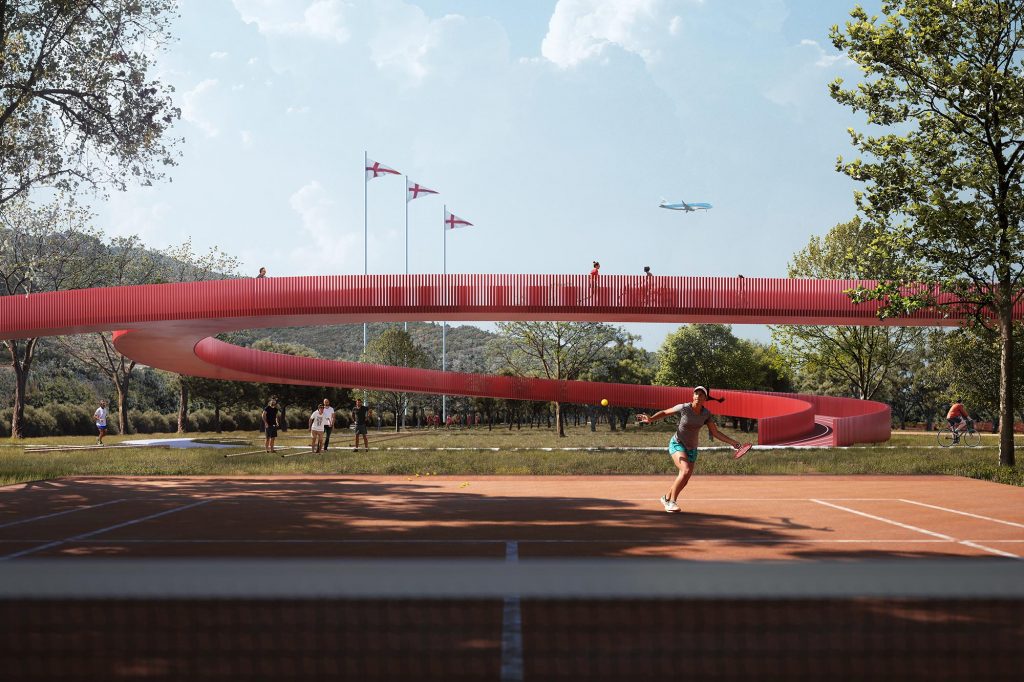 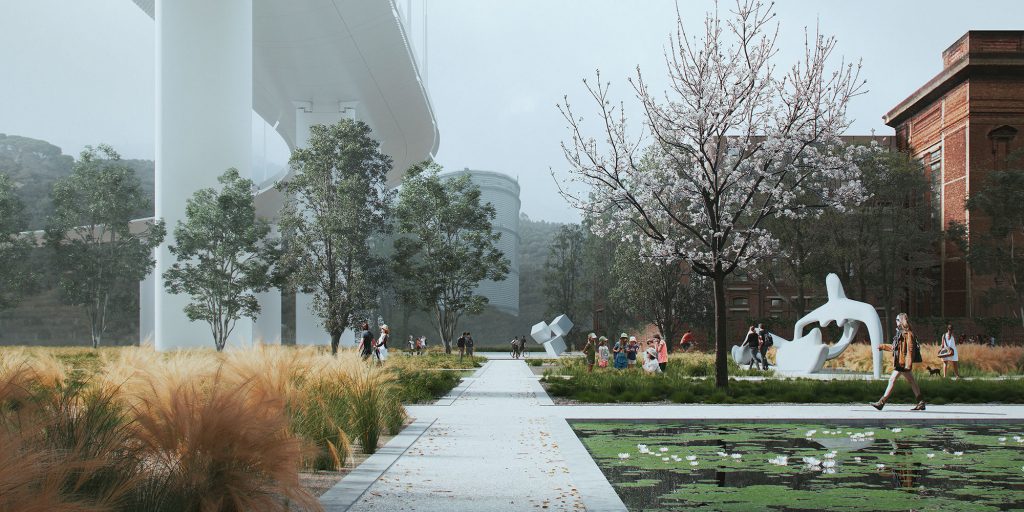 The “Parco del Ponte” is not a single park: the park is made up of five distinct parks that alternate and intertwine, responding to the articulated complexity of Polcevera Valley. The project responds to the different -rather conflicting- identities of the valley, proactively avoiding any forced simplification which wouldn’t pay respect to the multiple souls of the site and the city. The community, the river, the industry, the railway and the hills are the elements that emerge as layers of a juxtapose palimpsest of a valley that has been and -must continue to be- one of the main driving forces of a city that seeks re-birth.

The “Parco del Ponte” is a large-scale urban strategy that proposes to intervene in the urban fabric with micro-interventions in order to generate a new urban structure centered around public space and ecology.
A thoughtful approach that addresses a bottom-up multi-folded strategy which complements the necessary top down approach of the infrastructural reality of the valley.

The “Parco del Ponte” is an opportunity to consolidate a fragile territory by stabilizing hilly slopes, reducing river flood hazard and reclaiming a soil that has been polluted by the presence of over a century of massive industrial production.

The “Parco del Ponte” has the potential to revive the industrial identity by directing it towards small and medium-sized high-tech companies and thus catalyze the many research realities present in the territory.